Livestreaming is the newest craze in social media.

It’s a live video feed of an event, like a concert or lecture, that can be viewed by anyone with an internet connection at any time.

People who watch livestreams are exposed to content they might not otherwise see, and they get to interact with other viewers through chat windows on the screen. Livestreamers also benefit from more views than they would normally receive because people who missed the original broadcast can catch it later on demand or through YouTube videos posted after the fact. Livestreaming has become so popular that there are apps for your mobile device that allow you to stream your own life as it happens!

Here are some reasons why you should livestream:

✅ It is a more intimate way to connect with people.
✅ Livestreams allow for conversation that regular social media does not.
✅ They are an opportunity to share experiences, interests, and opinions in real time with total strangers who care about the same things as you do. People can watch your video feed and give you feedback, allowing you to engage with people more. It gives viewers the opportunity to be an active participant rather than just a passive observer or consumer of content.
✅ Livestreaming brings your online world into your off-line world!

A livestreaming studio is the perfect way to build your brand and generate leads. It can also be a great tool for teaching, networking, or making money on the side.

It’s no wonder then that more and more entrepreneurs are choosing to turn their homes into studios in order to take advantage of this trend. But building one from scratch isn’t as easy as it sounds…

How To setup Your Live Streaming Studio

ALL IN ONE CHATBOT VAULT – Chatbots, 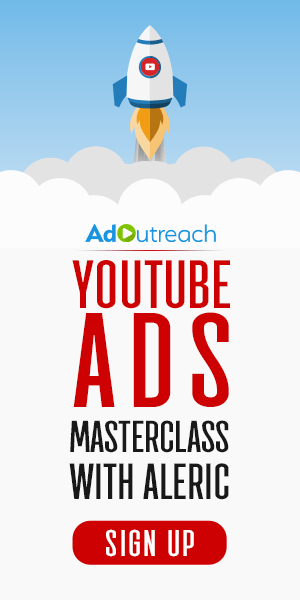 Keep Learning and Earning for a Lifetime with Builderall

A new chapter in my personal development is in the

Have a great Sunday😎

First workweek after my vacation was a blast. Have

Preparing some awesome Chatbot training. Dm me to

There we go ✈️

We use cookies on our website to give you the most relevant experience by remembering your preferences and repeat visits. By clicking “Accept All”, you consent to the use of ALL the cookies. However, you may visit "Cookie Settings" to provide a controlled consent.
Cookie SettingsAccept All
Manage consent

This website uses cookies to improve your experience while you navigate through the website. Out of these, the cookies that are categorized as necessary are stored on your browser as they are essential for the working of basic functionalities of the website. We also use third-party cookies that help us analyze and understand how you use this website. These cookies will be stored in your browser only with your consent. You also have the option to opt-out of these cookies. But opting out of some of these cookies may affect your browsing experience.
Necessary Always Enabled
Necessary cookies are absolutely essential for the website to function properly. These cookies ensure basic functionalities and security features of the website, anonymously.
Functional
Functional cookies help to perform certain functionalities like sharing the content of the website on social media platforms, collect feedbacks, and other third-party features.
Performance
Performance cookies are used to understand and analyze the key performance indexes of the website which helps in delivering a better user experience for the visitors.
Analytics
Analytical cookies are used to understand how visitors interact with the website. These cookies help provide information on metrics the number of visitors, bounce rate, traffic source, etc.
Advertisement
Advertisement cookies are used to provide visitors with relevant ads and marketing campaigns. These cookies track visitors across websites and collect information to provide customized ads.
Others
Other uncategorized cookies are those that are being analyzed and have not been classified into a category as yet.
SAVE & ACCEPT